Home > Cars: an impossible divorce? > Government support is deemed insufficient
Part 1 - The automotive industry: in the eye of every storm

2 minutes of reading
In this unsteady economic climate, which has seen sales drop off, jobs cut and purchasing intentions fall, the finger is being pointed firmly in the direction of an actor that is deemed not to have done enough: the government.

Governments are not playing their part to the full

6 out of 10 people believe that governments are not playing their part in supporting the automotive sector. And this opinion is almost unanimous, given that less than half of those surveyed agree with this statement in only three countries: Japan (34%), the United States (45%) and Germany (49%) (Fig. 8). Interestingly, these are the three countries that are home to the world’s largest automakers.

In the emerging countries and the Iberian Peninsula, criticism regarding the lack of state intervention to support the automotive sector is particularly fierce, as exemplified most starkly by the 8 out of 10 Brazilians and Spaniards who express this view. 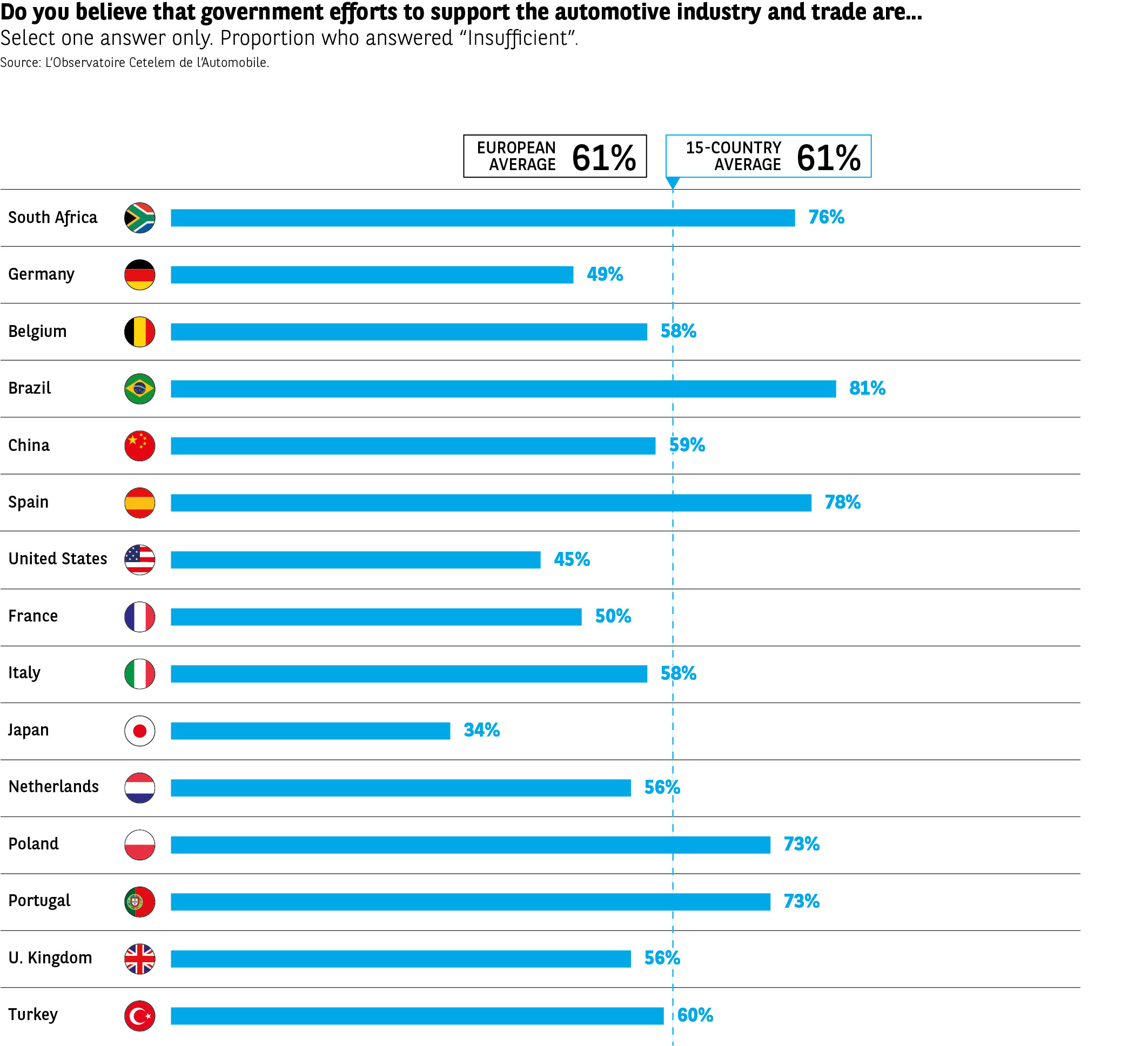 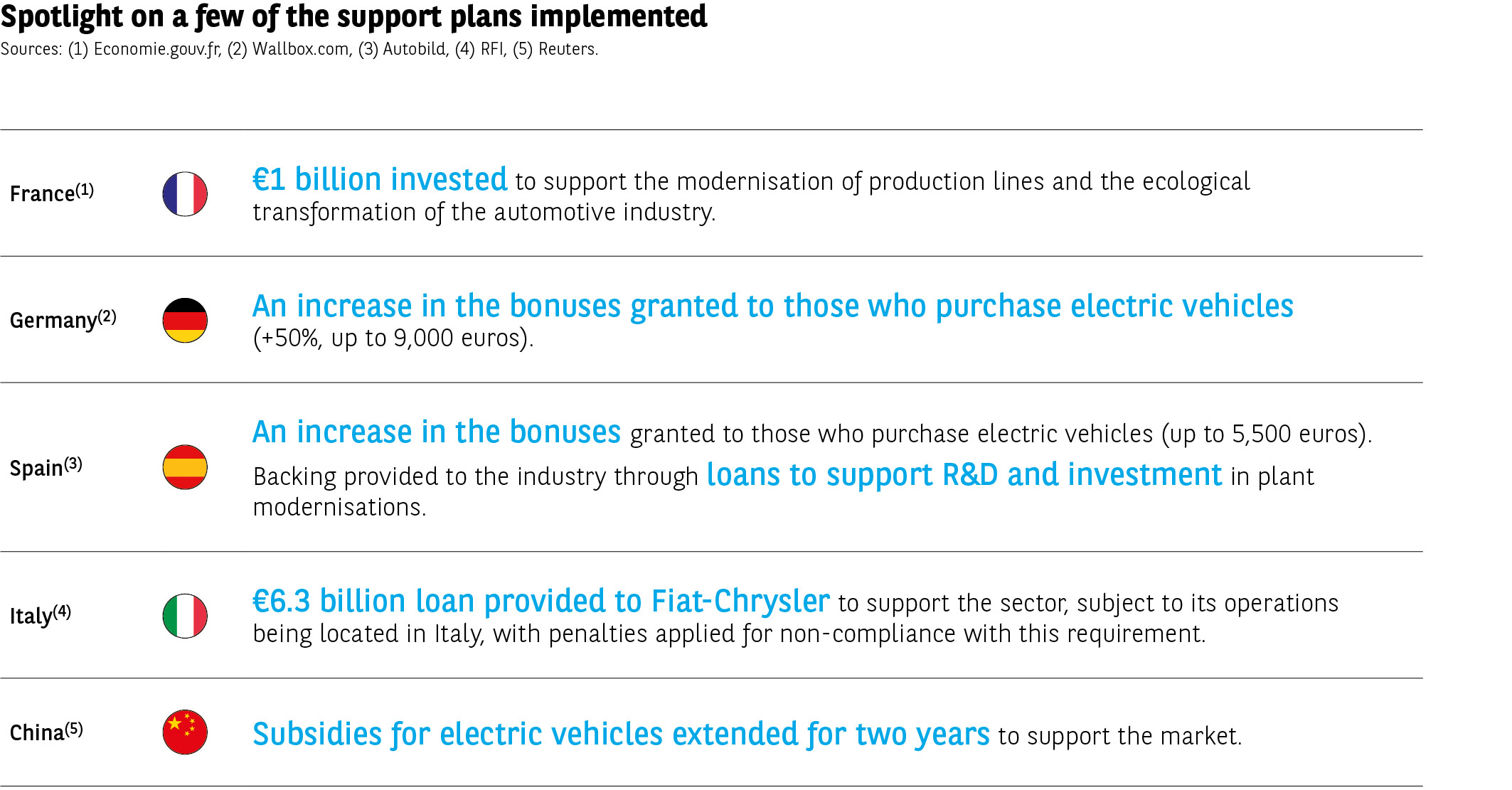 However, this criticism of governments is largely a matter of opinion that mainly reflects concern about the future of the sector and those it employs, rather than being based on hard evidence. Because when individuals are asked whether their government has launched a plan to support the industry, there is considerable uncertainty. On average, almost 50% of those surveyed do not know if this is the case (Fig. 10). Reassuringly, in France, China and Italy, where such plans have been implemented, the authorities seem to have done a good job of publicising the fact, with 1 in 2 people being aware of these measures. However, that is not the case in Germany and Spain, two countries in which the government has also actively supported the sector. 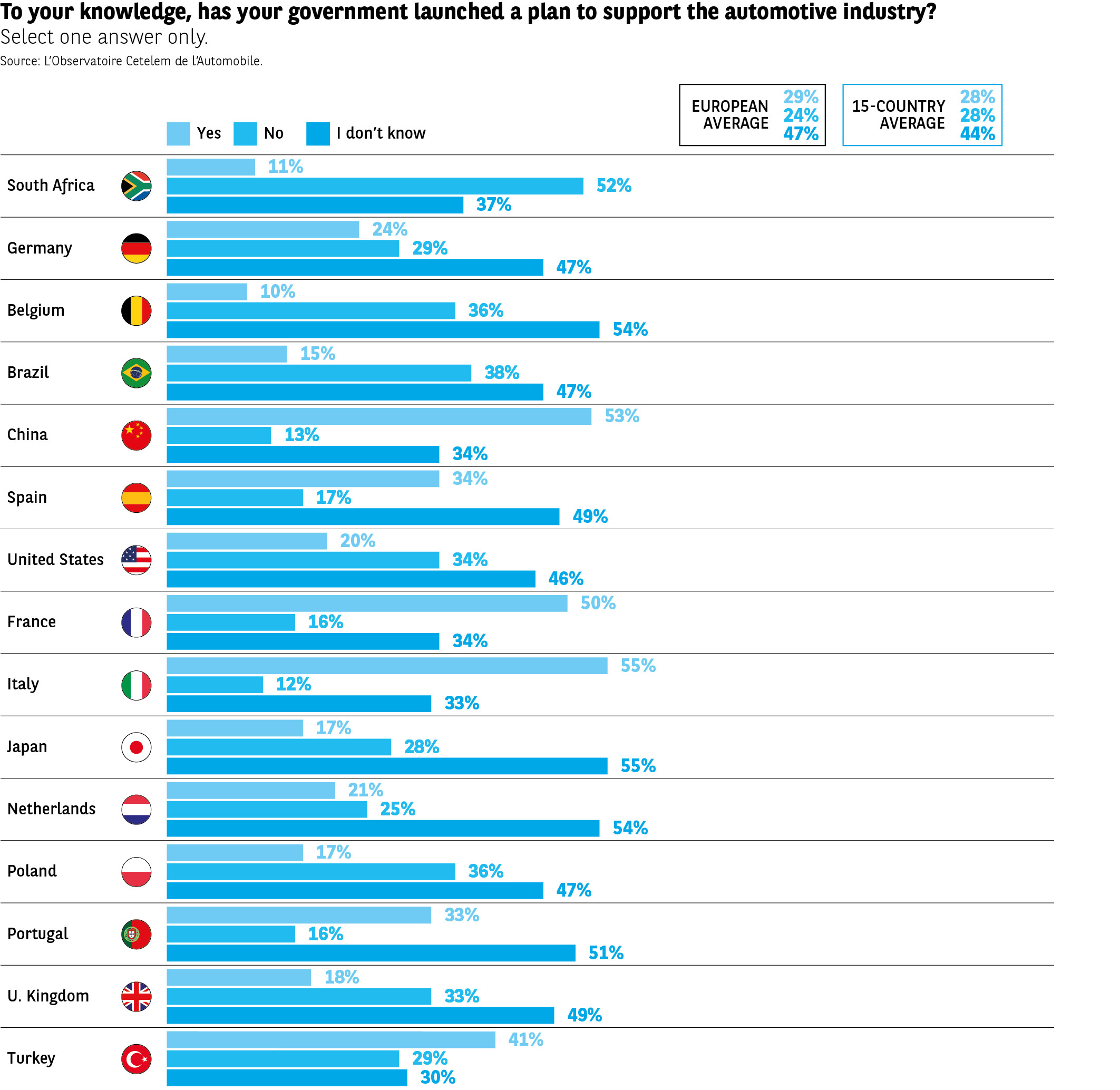 Sub-section 2
A sector rendered economically vulnerable
Having long been the symbol of economic development, social progress and success in general, cars have gradually become something of a black sheep. As black as the emissions they are accused of scatte
< Read the previous sub-section
Sub-section 4
Sustained environmental pressure
The view seems to be that the automotive sector is not receiving the economic support it deserves. But would it be sensible to do so, given that those surveyed believe that the industry does not tak
Read the next sub-section >